Canada held another Express Entry draw on January 7, the second invitation round held in two days.

Invitations were issued to a total of 4,750 Canadian Experience Class (CEC) candidates. A Comprehensive Ranking System (CRS) score of 461 was enough to ensure an Invitation to Apply (ITA).

Results of the draw were released today, January 8, 2021.

Two days ago, Canada kicked off the new year issuing invitations to Express Entry candidates who have provincial nominations.

A total of 250 candidates were invited by Immigration, Refugee and Citizenship Canada (IRCC) in the January 6 draw and they needed a minimum score of 813.

Candidates who have received nominations from an Express Entry-aligned Provincial Nominee Program (PNPs) automatically get 600 points added to their overall score, which is why the score requirement is relatively high compared to other rounds of invitation.

It may still be too early to tell whether IRCC will return to organizing only program-specific draws, as it did last year in the midst of the pandemic and when Canada first closed its borders.

Ishita Ganguli is 28 years old, holds a Master degree and has been working as an Corporate Sales Manager for three years. She wrote the IELTS and scored a 7 in Writing and 7 in every other ability. Ishita does not have Canadian experience. She recently entered the Express Entry pool and obtained a CRS of 469. Now She got ITA from Ontario & Express Entry as well. 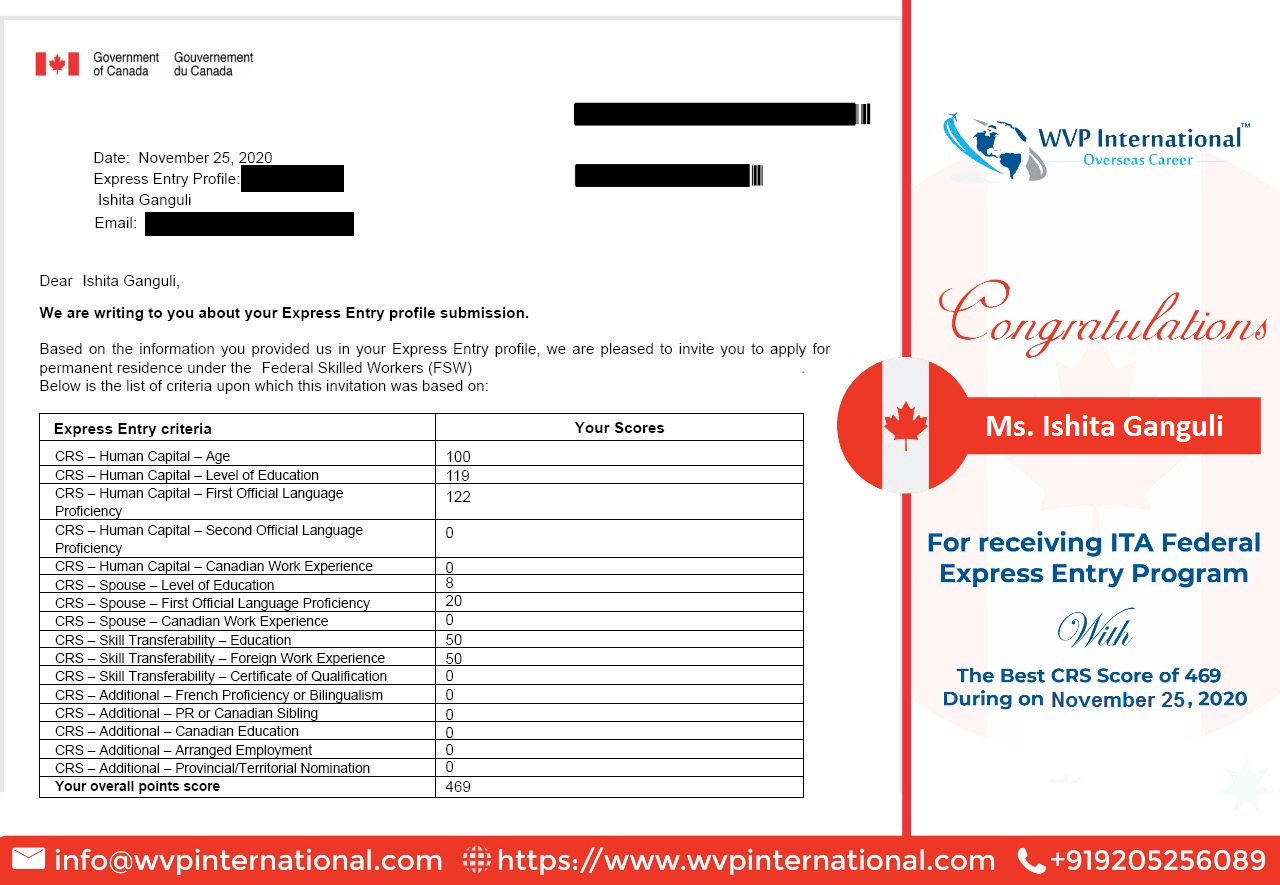 Have any Questions? Ask a Specialist